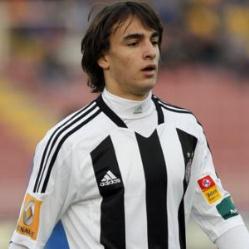 The People says Chelsea chief Roman Abramovich is setting up a sensational swoop for Serbian starlet Lazar Markovic ­– the teenage forward rated at a staggering £14million.

Abramovich is making his move for the Partizan Belgrade hitman after Liverpool were scared off by the price tag.

The Stamford Bridge chief has put some of his best agent allies on the case to land Markovic, who could go straight into the first team.