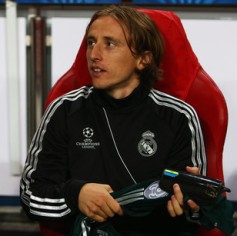 Real Madrid flop Luka Modric is reportedly considering a swift switch back to England after failing to light up La Liga.

The former Tottenham midfielder was voted the worst Spanish signing of the season last month having scored just once since his £33million summer move.

And the Premier League’s top clubs are on red alert should he decide to cut his stay in the capital short, reports the Sunday Mirror.

Manchester City, Chelsea and Manchester United are all thought to be monitoring the 27-year-old’s situation with the European champions eyeing him as a replacement for Frank Lampard.
The England midfielder looks set to leave Stamford Bridge when his contract expires at the end of the season.