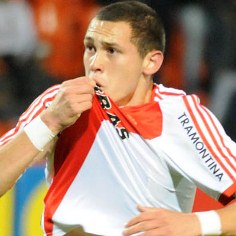 It has been revealed that Premier League giants Chelsea are interested in signing River Plate striker Lucas Ariel Ocampos.

The 17 year-old is already a first teamer at River and has scored three goals in 11 games this season.

Sources in Italy have revealed that Palermo were hoping to conclude a deal for the teenager when the transfer window opens in the New Year.

However it has now been claimed that Chelsea scouts are also well aware of Ocampos’ progress and have returned glowing reports to Stamford Bridge ahead of January.