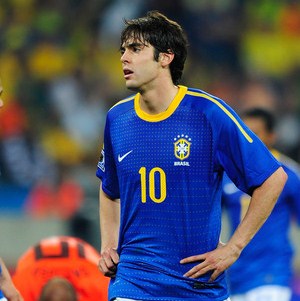 Chelsea boss Carlo Ancelotti has sensationally revealed that he is ready to bring Kaka to Stamford Bridge.

According to The Sunday Express, the Premier League champions are reportedly laying the groundwork to lure the Brazilian playmaker away from Real Madrid.

The former AC Milan star has not played this season due to injury, but with Real top of the Spanish Liga table, he’s found himself surplus to requirements.

On their part, Real Madrid coach Jose Mourinho is willing to offload Kaka – and a reunion with Ancelotti, his former AC Milan coach, is on the cards.

Chelsea owner Roman Abramovich is confident of paying a fraction of the £60 million Real coughed up for Kaka last year.

A free loan in January is also being mooted.