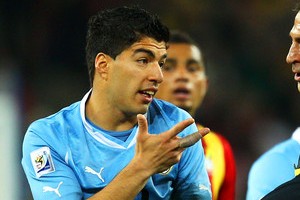 More transfer news are put and it has been reported that Uruguay international striker Luis Suarez is in Chelsea’s sights.

According toThe People, the Ajax star is Chelsea’s fall back option should Liverpool refuse to do business over Fernando Torres.

Suarez, now age 23, has been a target for Ancelotti since he arrived at Stamford Bridge last summer and Chelsea were working on signing him last January.

Ajax are now willing to cash in on the player, who enjoyed a successful World Cup before his handball controversy.

And although they will demand a hefty transfer, Suarez will be available for around half the price of injury-prone Torres.