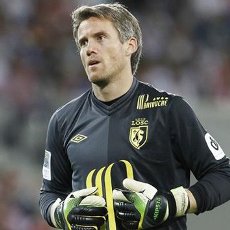 Reports are out claiming that Chelsea are considering a deal for free agent Mickael Landreau.

The Daily Star revealed that Chelsea’s first signing of the January window could be French goalkeeper Landreau, who is a free agent after leaving Lille earlier this month.

Landreau is a friend of Blues goalkeeping coach Christophe Lollichon and has been offered a six-month contract by the club.

French clubs Nancy, Evian and Bastia are also interested in the 33-year-old, who is close to breaking the all-time record for games played in the French League.

Didier Drogba : We Need The Fans Behind Us!