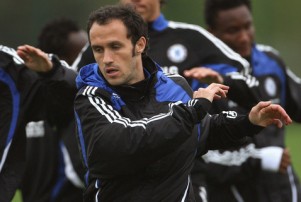 Chelsea defender Ricardo Carvalho has now been reported to be a prime target for Spanish giants Real Madrid.

It is a wide known fact that Real Madrid are in the market for a new centre-half following the season-ending injury suffered by Pepe.

It has been reported that Real Madrid attempted a swap deal in the summer for Carvalho, offering Ruud van Nistelrooy in exchange, but Chelsea were reluctant to do business.

However, Real Madrid president Florentino Perez is now ready to try again with a straight cash offer after losing Pepe for six months.


Marton Fulop Wants Out Of Sunderland