It has been reported that Chelsea is delaying Juan Mata’s record move to Manchester United as they sorted out terms with FC Basel for Mohamed Salah. 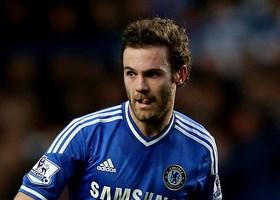 Mata is due to arrive in Manchester today to undergo a medical ahead of his switch to United as their record signing.

It is said that United officials are keen to get the Mata deal done as soon as possible, but have been thwarted by Chelsea dragging their heels.

The Blues spent the afternoon finalising terms with Basel for Salah and don’t want to release Mata for his £37 million to Old Trafford until they’ve settled personal terms with Egyptian.

The Spanish international is due to arrive at United’s Carrington training HQ by helicopter today to meet boss David Moyes, his new team-mates and have a tour of the training facilities, before undergoing a medical.