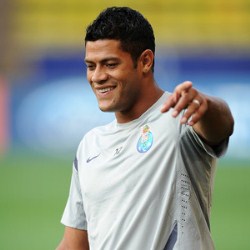 It has been revealed that Chelsea owner Roman Abramovich has dropped their pursuit of Porto star Hulk.

The Daily Mail reported that Abramovich has blocked Andre Villas-Boas’ move for Porto striker Hulk after being quoted a world-record £83million.

“The Chelsea manager wants to bring the Brazil international to Stamford Bridge and the 25-year-old has shown a willingness to reunite himself with his former manager in west London. ”

Chelsea will continue monitoring the forward’s progress in hope that a financially viable deal can be struck.

Tottenham also hold a long-term interest in Hulk but know the club’s financial structure makes a move for the striker virtually impossible.