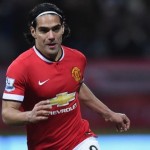 Reports are out claiming that Chelsea have been ruled out of the running for Radamel Falcao due to the Manchester United striker’s personal demands.

The London Evening Standard says Falcao has been linked with a similar switch from current club Monaco to Stamford Bridge next term.

Manchester United are currently paying the 29-year-old his estimated wages of £260,000-a-week, although there have been reports that his salary is much higher.

While he shares the same agent as Chelsea boss Jose Mourinho in Jorge Mendes, his current financial package would make him the highest paid player at the west London club.