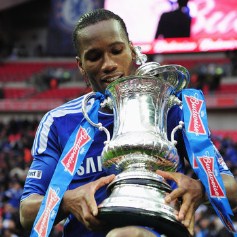 It has been revealed that Chelsea are making a final contract offer to Didier Drogba.

The Sun reported that the Ivory Coast international striker has already rejected a new one-year deal on his current salary of £100,000-a-week.

However Chelsea are prepared to hand the 34-year-old the option of a further 12 months if he continues to deliver next season.

They are hoping that compromise will be enough to convince Drogba to turn his back on a £200,000-a-week move to China and finish his career in London.

A club source said: “Everyone is keen to keep Didier but the owner won’t be held to ransom.

“He has to be realistic with his demands if he wants to continue playing at the highest level.”