It has been reported that Chelsea do not want to lose Oriol Romeu. 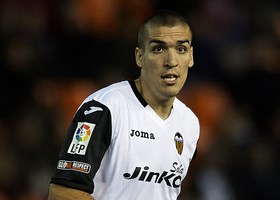 The Spanish midfielder is currently impressing on-loan at Valencia this season.

The Daily Express claims that while Valencia have already tried to open negotiations with Chelsea that would see Romeu stay in Spain for the long-term, reports suggest that they have been firmly rebuffed.

Jose Mourinho apparently sees Romeu as playing an important role in the Chelsea midfield next season and is not ready to countenance a move away.