It has been reported that Chelsea boss Jose Mourinho is eyeing Inter Milan defender Andrea Ranocchia. 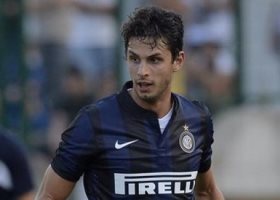 TMW reported that the Italian international, who previously has resisted offers from England, is now more open to moving abroad after struggling to find a place in coach Walter Mazzarri’s first team plans this season.

Mourinho wants to bring the 25 year old to London, though Chelsea are yet to make formal contact with Inter about a fee for the centre-half.

A deal for January is being mooted, with Ranocchia prepared to hop on a plane as soon as the club gives him the green light.