Reports are out claiming that former Chelsea defender Frank Sinclair has questioned their swoop for Radamel Falcao. 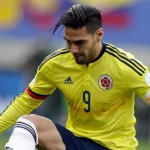 He told talkSPORT: “[The loan deal] is strange. When I first saw the interest and then the move I thought maybe Jose Mourinho would get that extra 20 per cent [out of Falcao] like he does with most players.

“But, from what I saw over the course of his loan spell at Manchester United, I fail to see it.

“It’s kind of blocking the path of a talented youngster like Patrick Bamford.”