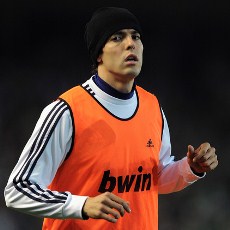 Reports are out claiming that Premier League clubs are watching Kaka’s situation at Real Madrid.

The Daily Express reported that the Brazilian international midfielder has been linked in the past to Chelsea and with the samba influence permeating at the west London outfit, a move to Stamford Bridge does not seem fanciful.

The only barrier to a deal being realised is that Premier League clubs would have to battle with MLS clubs New York Red Bulls and LA Galaxy.

He said: “I keep doing my job to stay in Madrid. Then, to see what happens and what the club wants. It’s not a comfortable situation for either the club or me.”