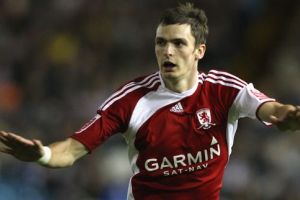 It has been reported that Chelsea are keen to close a deal for Middlesbrough winger Adam Johnson.

Local newspapers have reported that Chelsea want to snap up Johnson for £4million and then loan him back to the Teesside club.

Former England Under-21 winger Johnson, now age 22, has been Boro’s star performer this season and has attracted a scramble for his signature as his contract runs out next summer.

It is believed that Chairman Steve Gibson is determined not to sell and wants to hold on to his best players to allow boss Gordon Strachan to mount a promotion push.

However Chelsea have expressed an interest and could land Johnson in January, then loan him straight back to Boro for the rest of the season in a bid to jump ahead of their rivals.