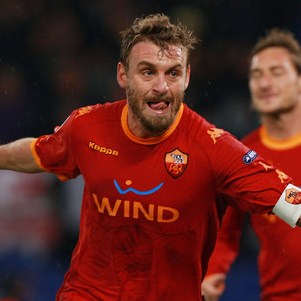 Interesting transfer news are out and it has been reported that AS Roma midfielder Daniele de Rossi remains a target for Chelsea boss Carlo Ancelotti.

According to The Guardian, along with Benfica defender David Luiz, the reigning Premier League champions are considering strengthening in other areas if they receive encouragement that long-standing targets have become available.

The 27 year old Italy international has been a long-term target for Ancelotti, who he sees as a natural successor for Frank Lampard.

Everton Eager To Sign Romelu Lukaku On A Permanent Basis