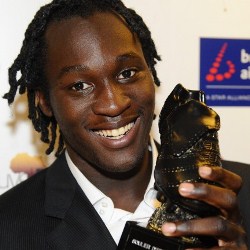 The Belgium international striker has been likened to Blues forward Didier Drogba due to his finishing and power.

Several sides have been linked with the teenager, but Chelsea have now upped the ante in their quest to land his signature.

It is claimed Andre Villas-Boas’ side have offered in the region of £18 million for Lukaku’s services as the Portuguese coach plots for his debut season in charge at Stamford Bridge.

Lukaku scored 15 league goals in the 2009-10 campaign to help Anderlecht win the Jupiler League title, while last season he scored 16 goals from 37 appearances as his side finished third.