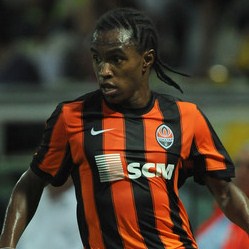 Interesting transfer news are out and it has been revealed that Chelsea have launched a bid for Shakhtar Donetsk midfielder Willian.

The skilful 23-year-old shot to prominence last year with a series of outstanding performances which guided Shakhtar to the knockout stages of the Champions League for the first time in the club’s history.

His virtuoso display made him a prime target for Arsenal. Manager Arsene Wenger tried to sign him last summer but was put off by Shakhtar’s asking price.

Chelsea manager Villas-Boas believes Willian’s extra pace and flair is worth paying for and hopes Roman Abramovich can strike a deal. Ukrainian club Shakhtar will not sell easily as they value the Brazil international, full name Willian Borges da Silva, at £30m.