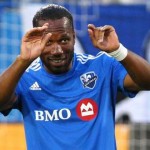 Drogba scored a brilliant early goal with a 30-yard free kick to move Montreal Impact ever close to a playoff place in MLS.

Drogba’s strike earned his side a 1-0 victory away at the Colorado Rapids on Saturday, a result that keeps the Impact in the sixth and final playoff spot in the Eastern Conference.