Didier Drogba has admitted that he could hang up the boots at the end of the season with Chelsea. 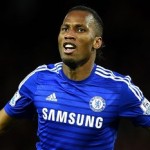 Drogba, who is 37 in March, has hinted this season could be his last, after returning to Chelsea following a two-year absence and stints in China and Turkey.

The Ivory Coast icon was always a stop-gap solution for Mourinho, who views Drogba’s influence off the field as significant as the role the Ivorian plays on it.

“This year, the key for me is to enjoy my football and to be with my team-mates and to win trophies,” Drogba told Chelsea TV.

“There is one more year to go so let’s do it, let’s win more trophies, let’s make history again.”

Terry Pledges His Future With Chelsea