It has been reported that the scramble for Torino winger Alessio Cerci has intensified in England. 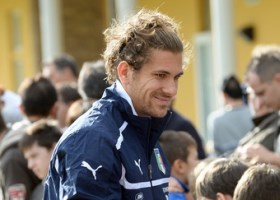 The Daily Star reported that Chelsea, Liverpool and Tottenham have joined Arsenal and Manchester United in the race to sign £16m rated Italian star Cerci.

Arsenal and United are weighing up making bids for Cerci, 26, in the January transfer window having monitored his performances for a number of months.

However according to reports in Italy, both will face competition from Chelsea, Liverpool and Spurs for his signature.