Interesting transfer news are out claiming that Liverpool and Chelsea are battling for Real Madrid midfielder Xabi Alonso. 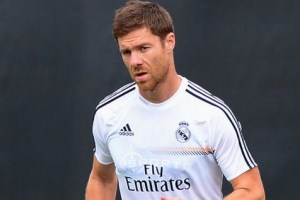 The 31 year old Spanish international midfielder will be out of contract at the end of this season.

The Daily Star claims that Reds boss Brendan Rodgers wants Alonso, who Liverpool sold for £30m in 2009, back at Anfield.

Sources claim Real would be willing to sell Alonso for a token fee in January to avoid him leaving on a free.

Liverpool have a policy of signing young talent but Rodgers will look for special dispensation from Anfield chiefs to lure back the 31-year-old Spaniard.

Chelsea boss Jose Mourinho is also interested, having formed a close relationship with Xabi during his time in charge at Real.