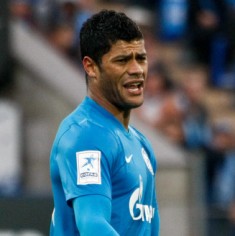 The Mirror says Jose Mourinho has made a stunning £35million move for Brazil forward Hulk.

Chelsea have turned to Zenit St Petersburg striker Hulk as a potential summer signing, having lost out to Monaco on No1 target Radamel Falcao, because they are now facing major competition for Napoli hitman Edinson Cavani.

Ironically, the Blues were very close to buying Hulk last summer but could not agree a deal with his then-club Porto, who were demanding £40m.

Hulk has not really settled or blended in with Zenit and is interested in making a move although Tottenham’s AvB is also a fan of the talented 26-year-old.