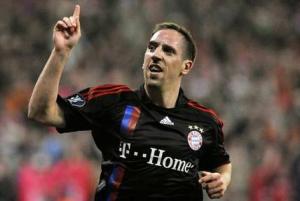 Interesting transfer news are out and it has been reported that Premier League club Chelsea have made Bayern Munich winger Franck Ribery their top January transfer target.

Local newspapers have reported that despite the public protestations of manager Carlo Ancelotti that he is happy with the squad he has, it is understood that, following discussions with sporting director Frank Arnesen, who is assuming responsibility for transfers, Chelsea have decided to try again to sign Ribery.

A bid of just over £40 million for the 26-year-old midfielder was rejected by Bayern Munich in the summer even though Chelsea owner Roman Abramovich involved himself in the negotiations.

Bayern Munich had hoped to pin Ribery down with a new contract as his present deal runs out in 2011 but it seems likely that Ribery will continue to resist, especially with other clubs interested.

Fernando Torres To Be Loaned Out To Spain In January