Reports are out claiming that Chelsea and Manchester City are determined to bring Paul Pogba back to England this summer. 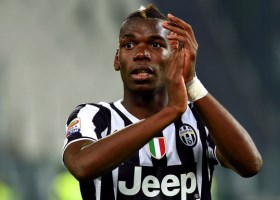 Juventus have failed to convince the French international to open new contract talks as offers begin to arrive for the Frenchman.

TMW claims that City have already tabled a bid of €40 million cash plus Edin Dzeko and Aleksandar Kolarov in exchange for the former Manchester United junior.

Mourinho is prepared to see John Obi Mikel sold to make room for the French youngster.