It has been revealed that Chelsea and Manchester United are monitoring Marquinhos’ situation at PSG. 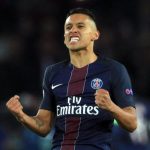 The defender has seen new contract talks stall amid claims emerging of major offers being turned down for the Brazilian last summer.

“They are back on the scene, just like Manchester United, and are wondering about his future.”

The defender is currently seeking a pay-hike from PSG, but so far has been unimpressed with their offer.