Interesting transfer news are out claiming that Fabio Coentrao is ready to leave Real Madrid next month. 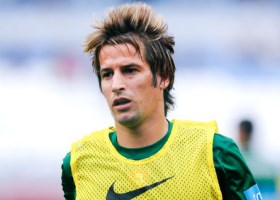 The Portuguese international fullback penned new terms earlier this season, but AS says he’s decided he wants out of Real in January.

The former Benfica defender saw an August deadline day move to Manchester United fall through and he has also been linked with Tottenham.

Chelsea could come into the picture with Jose Mourinho seeking a long-term successor for Ashley Cole.

Coentrao and Mourinho share the same agent, Jorge Mendes, and the pair enjoyed a good relationship when the Blues boss was in charge at Real. David Moyes Insists Wayne Rooney Will Not Play In Midfield