It has been reported that Chelsea midfielder Juan Mata has offered to Spanish Liga clubs. 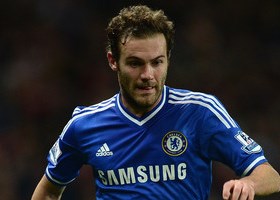 The Sunday Times claims that the Spanish international’s representatives have been in contact with Atletico Madrid and Barcelona about a move this month.

It is also said that Italian clubs Napoli and Inter Milan have also been contacted.

The 25 year old former Valencia star is becoming increasingly concerned at Chelsea over his place in Vicente del Bosque’s Spain World Cup squad. He knows he needs to be playing to be sure of being on the plane to Brazil this summer.

This season under Jose Mourinho, Mata has played only three full games for Chelsea.

Daniele de Rossi Linked With A Move To Chelsea