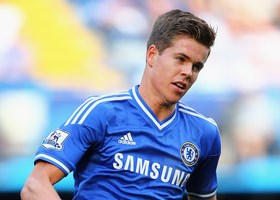 It has been revealed that Chelsea midfielder Marco van Ginkel tore his anterior cruciate ligament against Swindon on Tuesday and is expected to be out for between six and nine months, Press Association Sport understands.

It’s understood reports in the Dutch media that the 20-year-old will have surgery on Thursday and is expected to be out for six to nine months are accurate.

The former Vitesse star joined Chelsea in 2013 and has only made a total of 3 appearance for the Blues. David Luiz Not Afraid Of Competition At Chelsea