It has been reported that Oriol Romeu is happy making a permanent move to Valencia, but concedes the final decision rests with Chelsea. 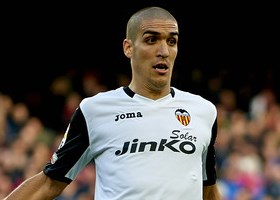 The Spanish defensive midfielder returned to his homeland last summer on a season-long loan agreement.

Romeu claims Los Che have already notified him of their desire to bring him on board full-time, but the 22-year-old acknowledges that his future will be dictated by his parent club.

“The latest we know is that Valencia are happy with me and they would like me to stay. I’m very comfortable here, but we’ll have to wait until the end of the season.

“I still have a year on my contract and anything can happen. It’s up to Chelsea to decide.”

Although Valencia enter the final five games of the season sat eight points off the pace in the race for Europe, Romeu believes anything is possible from this point.

He added: “Obviously it’s difficult, but we’re not giving up.

“There’s still a month to go and we have a chance. I think the best thing the team can do is win and keep fighting.”