It has been reported that Chelsea midfielder Oscar plans to remain with the club for the foreseeable future. 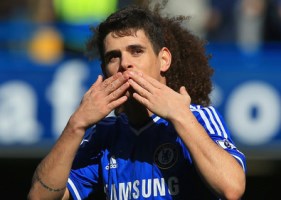 The 22-year old Brazilian international has been linked with a big-money summer move to French giants Paris Saint-Germain despite only joining the Blues from Internacional in 2012.

Oscar insists that he is enjoying life under Jose Mourinho at Stamford Bridge and is hoping to achieve as much success in west London as his idol Didier Drogba did prior to his arrival.

“Jose has shown me I can be one of the best,” Oscar told the Daily Star Sunday.

“The manager has given me this confidence and I have grown better and better under him. Now I just hope I can keep on getting better and win titles with him at the end of the season.

“I’m playing well at Chelsea and am in my prime right now.

“Didier was always an idol.

“I’d watched him lots on the TV and then suddenly I was wearing the same Chelsea jersey he always wore. I feel very proud about that.

“But I am writing my own story. I have my own style and hopefully I will be able to have my own great story at Chelsea – just like he did.”