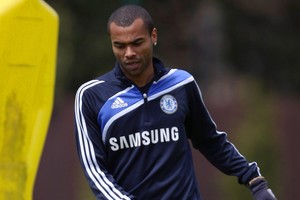 Interesting news are out and it has been reported that Chelsea will not consider selling Real Madrid and Barcelona target Ashley Cole.

It has been reported that the England left-back wants to leave Stamford Bridge because he has had enough of the intense scrutiny into his private life.

The 29-year-old defender has come under fire for his behaviour off the pitch and regularly been featured on the front pages due to the break up of his marriage with Cheryl Cole.

With reports that offers for Cole could reach £25million, Chelsea’s desire to break even has led to talk they may cash in on the former Arsenal star to raise the funds they need to buy players such as Sergio Aguero or Fernando Torres.

But it is understood the club are not interested in listening to any bids for a player they consider to be “the best left-back in the world”.