It has been reported that Chelsea boss Jose Mourinho is not planning to get rid of Eden Hazard in the summer. 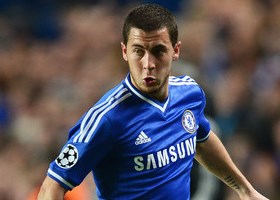 The Belgium international is being linked with PSG.

However Mourinho insists: “He had a good season, an improvement. He was brought to a different level of performance and understanding of the game.

“For example, his performance at Manchester City was very complete. He’s a young guy and his evolution is fine. Does he still make mistakes? Of course he does. It was the first time in his life he played a Champions League semi-final, it’s a career that is only starting.”