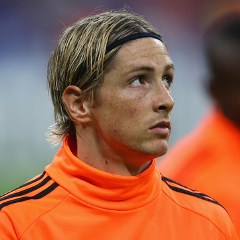 Reports have emerged that Chelsea wants Fernando Torres to stay this summer.

The Spanish international striker has declared that he wants talks with management over his future in the aftermath of the Champions League final.

The Daily Mail reported that despite voicing concerns over his stuttering first full season at Stamford Bridge, Chelsea sources insists they still expect the £50million-man to remain at the club next season. Chelsea to seal the signing of CSKA playmaker Yuri Zhirkov