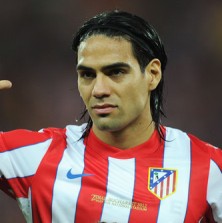 Reports are out claiming that Chelsea owner Roman Abramovich refuses to pay over the odds for Atletico Madrid star Radamel Falcao.

The Daily Star claim that the Russian billionaire is only willing to pay up to £40m for Atletico Madrid’s superstar striker.

The Blues’ lack of firepower was shown up on Tuesday when £50m Fernando Torres put on a woeful display in the 2-1 Champions League defeat at Shakhtar Donetsk.

But Abramovich’s maximum bid is still £8m short of the massive release clause cash-strapped Atletico have slapped on the 26-year-old.