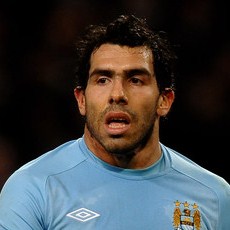 It has been revealed that Premier League champions Chelsea are ready to swoop for Manchester City captain Carlos Tevez.

It has been reported by The Sunday Mirror that the Blues are preparing a £40million bid for the Argentine international striker.

The London club have instructed super-agent Pini Zahavi to broker a deal that would see Tevez partner Fernando Torres in Chelsea’s attack next season.

City’s Abu Dhabi-based owners are aware that Zahavi has been tasked with landing the 27-year-old Argentine for Stamford Bridge benefactor Roman Abramovich.

But City are unlikely to contemplate selling their captain and top goalscorer to another Premier League club – even if they meet the asking price.