It has been reported that Chelsea boss Jose Mourinho has cooled talk of Thibaut Courtois moving to Real Madrid. 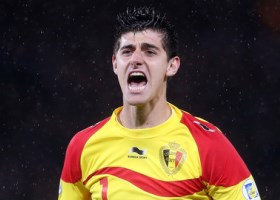 The Blues-owned goalkeeper is currently on-loan with Atletico Madrid.

Mourinho said: “No, we won’t struggle to keep him. He has two more years on his contract so he is easy to keep.

“The problem is when you want a player and the player belongs to another club.

“When you want a player and that player belongs to you and he has two more years on his contract, it is easy to say you have no problems.”