Reports are out claiming that Chelsea are determined to test AS Monaco’s resolve over Radamel Falcao in January. 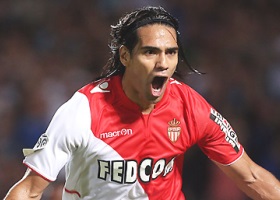 The Daily Star Sunday claims that the Blue’s interest in the Colombian international is still as strong as ever, according to French sources.

Rumours still persist that the 27 year old is unhappy and Chelsea boss Jose Mourinho is poised with a £60million bid.

But Monaco vice-president Vadim Vasilyev insisted the player is going nowhere, saying: “He is very happy here, he feels very good in Monaco. He loves this club.”