Chelsea Prepared To Sell Petr Cech In The Summer Reports are out claiming that Chelsea are weighing up selling Petr Cech this summer. 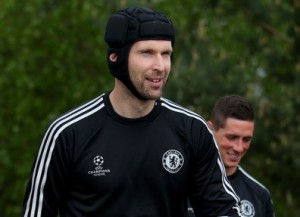 The Telegraph reported that Chelsea will consider allowing Cech to leave Stamford Bridge if the goalkeeper does not want to be understudy to Thibaut Courtois.

The 31 year old’s shoulder injury means a decision on his future may be delayed until the January transfer window, but Chelsea are planning on how they will deal with the complicated situation over their goalkeepers.

Courtois has been offered a new five-year contract worth around £70,000 a week.