It has been reported that Sevilla fullback Alberto Moreno is emerging as a top target for Chelsea. 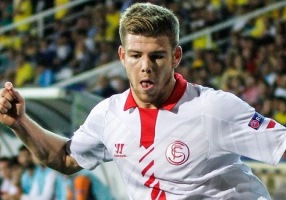 The Daily Express claims that the Premier League powerhouse have turned their attentions to Sevilla’s Spanish international left-back Moreno as a possible replacement for the outgoing Ashley Cole.

The club have offered about £15m for Moreno, 21, who has one Spanish cap.

Chelsea are still interested in Southampton’s Luke Shaw but the £30m price tag is considered too high for an 18 year old.