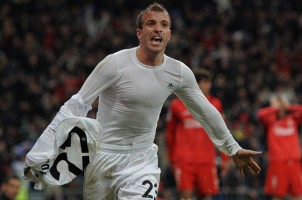 Interesting news are out and it has been reported that Chelsea are ready to launch a £10 million bid for Real Madrid midfielder Rafael van der Vaart.

Local newspapers have reported that Blues boss Carlo Ancelotti has been tracking Real Madrid’s £10m Dutch playmaker for several months and talks with the representatives of the player have already begun about a move to Stamford Bridge this summer.

It is believed that Ancelotti is keen to play Van der Vaart, 27, in his diamond midfield behind the two strikers.

The Dutch international is widely regarded as one of the most creative players in Europe but has been frozen out at Real Madrid.

It is said that Chelsea are keen to finalise a deal before the World Cup finals as they fear Van der Vaart’s price will rocket if he does well.

Chelsea Ready To Step Up Pursuit For Simon Kjaer