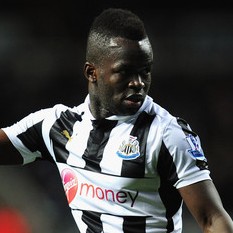 Reports are out claiming that Chelsea are ready to move for Newcastle United midfielder Cheick Tiote.

The Daily Express revealed that Chelsea, who are currently competing in the FIFA Club World Cup in Japan, were dealt an untimely blow with the news that Oriol Romeu will miss the rest of the season after undergoing knee surgery.

Coupled with that, John Obi Mikel will be unavailable for the Blues as he is off next month to play in the Africa Cup of Nations.

Chelsea are not short on flair players as they have Juan Mata, Oscar and Eden Hazard in their ranks but they need a more combative midfielder.

Tiote has seen his stock rise since he joined the Magpies from FC Twente in 2010.

Chelsea manager Rafa Benitez has already hinted that the club may bring a more defensive-minded midfielder.