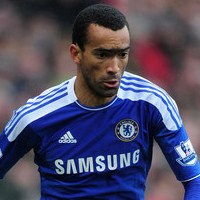 Reports have emerged that Chelsea are encouraging PSG to bid for Jose Bosingwa.

The Daily Mail reported that the Portuguese international will be out of contract in the summer and the Blues want to recoup some of the £16.3million they spent on the defender in 2008.

The 29-year-old is a regular under Andre Villas-Boas but he has refused to sign a new deal and could leave for nothing at the end of the season.

Chelsea are hoping former manager Carlo Ancelotti, now in charge of mega-rich PSG, will pay a fee for Portuguese full-back Bosingwa this month.

Julian Draxler Excited To Be Linked With Arsenal