Reports are out claiming that Chelsea have decided to cash in on Romelu Lukaku at the end of the season. 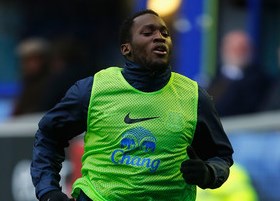 The Belgium international striker is currently on-loan at Everton this term.

The Mail on Sunday claims that Jose Mourinho does not want to offer the former Anderlecht star a new deal.

Mourinho refuses to accept he made a mistake by letting Lukaku go on loan this season.

And given that the 20-year-old has since made some cutting remarks about Mourinho – and the Chelsea boss has been scathing in response – bridges have been burned.