Reports are out claiming that Chelsea are moving to open talks with St Etienne over a fee for Kurt Zouma. 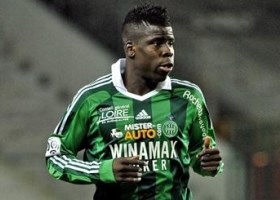 The Daily Express revealed that the 19 year old central defender has admitted speaking to Jose Mourinho about a move to the Premier League and talks between the clubs are poised to reach an agreement.

Chelsea will pay around £11million for Zouma, who has been interesting both Manchester United and Arsenal as well as Monaco, as Mourinho looks to inject youth into his squad.