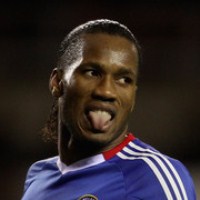 It has been reported that Chelsea are ready for a massive summer clear-out of players to help pay for new signings Fernando Torres and David.

According to The Sun, Ivory Coast striker Didier Drogba will be among the stars to be sold off to cover Chelsea’s £75 million expenditure in January.

Florent Malouda, Jose Bosingwa, John Obi Mikel and Yuri Zhirkov are also on their way out of Stamford Bridge in what will be the club’s biggest exodus since Roman Abramovich took over.

A club source confirmed to the paper that “there will be some notable casualties”, with the report going on to claim that Chelsea are desperately trying to get their books in order in preparation to come into line with new UEFA rules forcing clubs to break even.