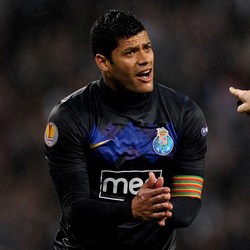 Interesting transfer news are out and it has been revealed that Chelsea manager Andre Villas-Boas has suggested that he may go after FC Porto star Hulk.

The Blues boss has been linked with his former attacker on a number of occasions and has now indicated that he may move for the Brazilian in the summer as he fits the profile the club requires.

“We have [Salomon] Kalou and [Florent] Malouda, both of whom are nearing the end of their contracts, while Juan Mata and Daniel Sturridge are the future,” he told TSF.

“As such, there will surely be a place to fill and I see room for an explosive player on the wing, someone who is strong in one-on-one situations and Hulk fits that profile.”