Jose Mourinho has admitted that the door remains open to doing a deal for Manchester United striker Wayne Rooney. 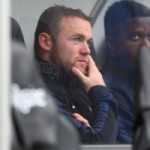 The Chelsea boss was asked for an update on the club’s pursuit at today’s media conference.

“Nothing has changed. At a certain point I agree with [Alan] Pardew. The transfer window goes too far – the third, fourth week of the season. That is too far,” he replied.

“But at the same point gives everyone a chance to be in the market when they are winning or losing points. We are trying to bring one more player and we will try until the end.”

On Anzhi striker Samuel Eto’o, he added: “We have a Plan B and a Plan C. But it is difficult for me to talk about other players.” Chelsea Only Willing To Pay £40 Million For Radamel Falcao