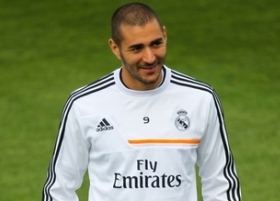 With the boo-boys on his back, the French international striker is edging closer to a January departure from the Santiago Bernabeu.

Arsenal boss Arsene Wenger is ready to pounce for the France striker, but A Bola says Mourinho is also keen.